Hotel in Heart of Hudson Yards

While staying at this stylish Four Points by Sheraton hotel, you'll be near New York City's top cultural attractions, like Rockefeller Center and Times Square, both only a short subway ride away. If you'd rather stay in, hand-crafted cocktails await you in the hotel's trendy lobby bar.

Though it's a stone's throw from top attractions such as Central Park, Broadway, and Radio City Music Hall, Midtown West can feel a little grittier and less developed than some of the surrounding NYC neighborhoods. Stretching roughly from 59th to 29th Street and the Hudson River to 8th Avenue (though some say it continues as far east as Madison Avenue), Midtown West lacks the chain restaurants of Times Square and the large department stores of 5th Avenue. Instead, you can find neighborhood markets, cafes, and walk-up row houses.

Midtown West is also known as Hell's Kitchen, a nod to the numerous restaurants that serve everything from Asian street food to fine French cuisine. The neighborhood's eateries and bars are especially concentrated along 9th and 10th Avenues, and it's easy to walk between them all.

With tickets starting at $55, our customers can get their hands on some of the best seats to see the Radio City Rockettes in their Christmas Spectacular through December. The visually stunning, crowd-pleasing show uses Vincente Minelli's classic 1933 costumes, 3D-animated backdrops, a soundtrack of Yuletide classics, and, of course, the troupe’s trademark precision kicklines to celebrate the excitement and nostalgic cheer of the most wonderful time of the year. Click the link below to learn more. 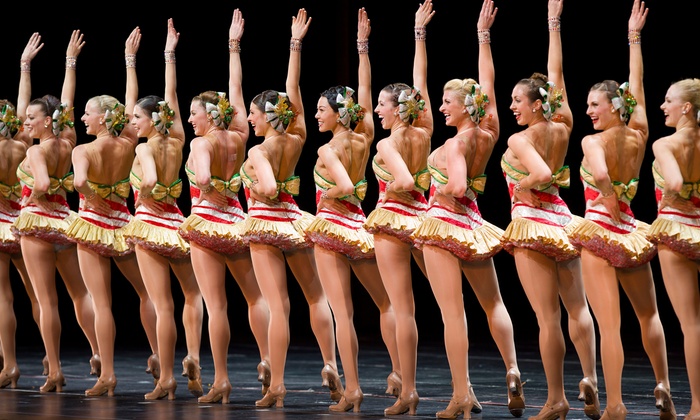 The Rockettes' Christmas Spectacular, From $55

4.2439 Groupon Ratings
4.2
Average of 439 ratings
62%
16%
7%
5%
9%
100% Verified Reviews
All Groupon reviews are from people who have redeemed deals with this merchant. Review requests are sent by email to customers who purchased the deal.
F
Faith
1 ratings1 reviews
Do not book this hotel through Groupon! I booked through Groupon at the end of October $700 and when I got there in November they asked for my debit card to hold a $100 security deposit incase anything happened in the room. I told them I had a Groupon, but they charged my account another $600 :-( I was told I have to wait 5 business days to see a refund :-( contacted Groupon, no reply!
Helpful
J
Jonathan
2 ratings1 reviews
The view
Helpful
R
Richard
11 ratings6 reviews
Nice hotel. Large room. I have a water view.
Helpful
W
Wanika
1 ratings1 reviews
Very bad service and too small room
Helpful
J
Jodi
5 ratings4 reviews
It was beautiful and the rooms where nice
Helpful
See all reviews
Earned when a user has written 5 or more reviews
Want to earn this badge? Share 3 or more photos
Earned when a user has gotten 2 or more helpful votes

100% Verified Reviews
All Groupon reviews are from people who have redeemed deals with this merchant. Review requests are sent by email to customers who purchased the deal.