MK The Phone Store is a top merchant due to its average rating of 4.5 stars or higher based on a minimum of 400 ratings.

4.6625 Ratings
4.6
Average of 625 ratings
80%
11%
3%
1%
5%
100% Verified Reviews
All reviews are from people who have redeemed deals with this merchant.
service
price
store
extra
staff
customer service
experience
accessories
employees
cheap
cost
pluses
affordable
apple
fee
appointment
C
Cynthia
1 ratings1 reviews
Great customer service. ❤️
Helpful
M
mo
1 ratings1 reviews
very neat store and staff. was cordial
Helpful
E
Evelyntop reviewer
36 ratings25 reviews
Prefect! I have a brand new phone now. Thank you ❤️
Helpful
I
Isailahtop reviewer helpful reviewer shutterbug
17 ratings9 reviews5 photos
Love it! Cool process!
Helpful
I
Isailahtop reviewer helpful reviewer shutterbug
17 ratings9 reviews5 photos
They did a wonderful job. My phone had a bend to it so I paid an extra $15 so that they could straighten it back out and put my screen on and it looks wonderful! Good luck at MK the phone store. HIGHLY RECOMMEND. 👏🏽
Helpful
K
Keith
3 ratings2 reviews
MK phone store employees are awesome! They are attentive and do what they say they are gonna do. My phone was repaired and Ready in less than an hour. Thanks!
Helpful
J
Jaron
7 ratings4 reviews
Fast and easy service. I would definitely recommend to anyone and I’ll be back for all my iPhone needs. Thank you!!!
Helpful
J
Julissa
1 ratings1 reviews
Very fast, Loved it!
Helpful
See all reviews
Earned when a user has written 5 or more reviews
Want to earn this badge? Share 3 or more photos
Earned when a user has gotten 2 or more helpful votes

Thank you for your response

The glass on a smartphone is engineered to withstand the stresses of your day-to-day life. Read on to learn about the particular brand behind many products—Corning’s Gorilla Glass.

In order for the glass in your smartphone, tablet, or computer to incorporate a touchscreen, it has to be extremely thin. But thin glass doesn’t hold up against the wear and tear of daily use, so manufacturers of these mobile devices started using glass that’s been chemically treated to be both thin and strong. This is the basic concept behind Corning Inc.’s ultra-resilient Gorilla Glass, named after a gorilla’s inherent toughness and beauty.

As with any glass, the process of making Gorilla Glass begins by melting down a mixture of sand and other chemicals in a furnace. After that, however, automated robotic arms form the molten mixture into 0.5-mm-thick sheets, called aluminosilicate because they contain aluminum, silicon, oxygen, and sodium ions. These ultra-thin sheets can’t resist damage quite yet; to become Gorilla Glass, they have to undergo a chemical process called an ion exchange. Each sheet is dipped into a 752-degree Fahrenheit electrolyte solution, which breaks the bonds of all sodium ions and replaces them with larger potassium ions. The larger ions cause the glass to compress, packing larger atoms into the same space to give a boost of strength akin to Popeye’s biceps after a few cans of spinach.

Gorilla Glass is a relatively new product—it’s only been used in mobile devices since 2009—but Corning has been developing the concept for years. The company began experimenting with chemically strengthened glass way back in 1960. Nowadays, Corning is on its third iteration of the product, Gorilla Glass 3, which is said to be up to three times more damage resistant than Gorilla Glass 2. Gorilla Glass in all its iterations can be found in hundreds of devices, including those made by Apple, Dell, and Motorola.

Promotional value expires 120 days after purchase. Amount paid never expires. Appointment required. Limit 3 per person. May be repurchased every 365 days. Limit 1 per visit. Valid only for option purchased. Merchant is solely responsible to purchasers for the care and quality of the advertised goods and services.

About MK The Phone Store 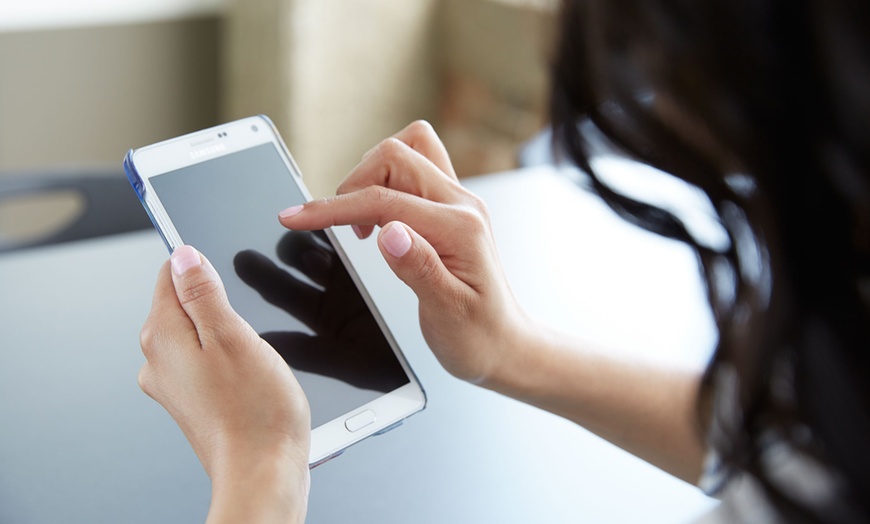 100% Verified Reviews
All reviews are from people who have redeemed deals with this merchant.
Close
Grouber