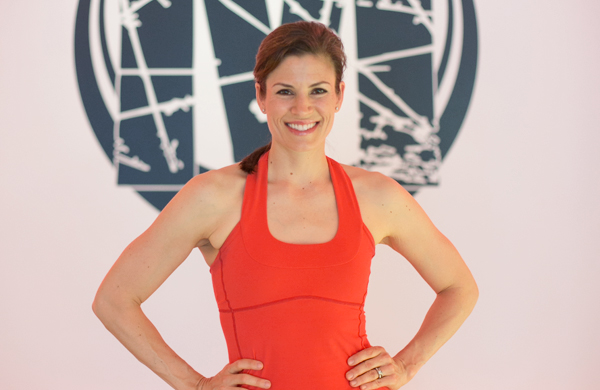 “I want people to get exercise into their DNA," Lara Hudson says. "I want it to be that they couldn’t imagine life without fitness in it. I want it to be in their culture.”

Exercise has been in Lara’s DNA since she was 6, the year she first discovered gymnastics. She only spent seven years as a gymnast—when she shot up in her early teens she quite literally outgrew it—but her experience with the sport was the beginning of a lifelong devotion to fitness. That devotion landed her in the dance company Diavolo during her college years at UCLA and eventually drove her to Pilates, which she began studying after her injured husband found relief in the practice. Lara eventually became one of Crunch Fitness’s most popular Pilates teachers in San Francisco—sometimes 40–50 students would cram into her classes—and won the gig as the Pilates instructor for the 10 Minute Solution series of fitness DVDs.

But despite her love affair with exercise, Lara still understands that staying in shape is an everyday struggle. Before recording a new 10 Minute Solution, she always undergoes a six-week slim-down to get to her so-called “fighting weight,” a ritual that began with the first DVD, for which she was required to drop 10 pounds.

“I don’t live at that fighting weight,” she admits. “I live about 5 pounds higher. You don’t have to be a skinny, scrawny Hollywood starlet to be fit [or to] enjoy life. I’m very much about moderation.”

With the struggle of the everyday exerciser in mind and the tenets of Pilates as her foundation, Lara devised a new workout: the Mercury Method. The routine crams an efficient round of exercise into a single hour. “I have a finite amount of time, and I want to get the biggest bang for my buck in the 60 minutes—I just want to work my muscles,” she explains. To pilot the new workout, Lara and her husband, Darren, relocated from the saturated Pilates market of San Francisco to the Windy City.

As you might have guessed from the name, the Mercury Method starts with heat: Lara’s Wicker Park studio is perfectly calibrated to 98.6 degrees. It takes effort for the body to regulate its internal and external temperatures, which kicks up the cardiovascular aspect of the workout without drenching exercisers in sweat. With Big Ass Fans—the actual brand name—circulating fresh air throughout the studio, it never gets stuffy or humid like a Bikram yoga studio. To put it in perspective, Lara compares the Mercury Method studio to Arizona, whereas Bikram studios, she says, are like the Amazon.

Lara and her instructors then guide clients through series of Pilates, yoga, and strength-training exercises designed to aggressively transform bodies. But despite the challenging nature of the routines, students of all fitness levels will find themselves welcome at class. “I want everyone to be really successful, I want them to be really pushed, but I want them to be able to do at least 98% of the class,” Lara says. “So the exercises are designed to be really tough, but not impossible.”

Don’t have an hour? All is not lost. Here Lara gives us five Mercury Method–inspired moves that can help you tone up at home in just 10 minutes. 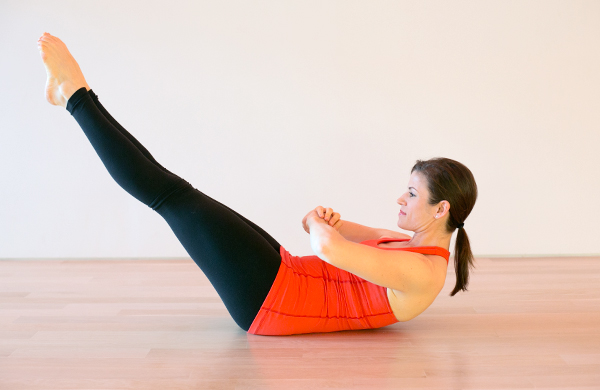 Put your hands in a “Bruce Lee grip,” extend your legs, and then curl up. Your lower back should stay on the ground as you curl; if it doesn’t, lift your legs a little higher (the lower the legs, the harder the ab workout).

2. Side Plank with a Twist

5–8 reps on each side | Works: shoulders, obliques, and hips 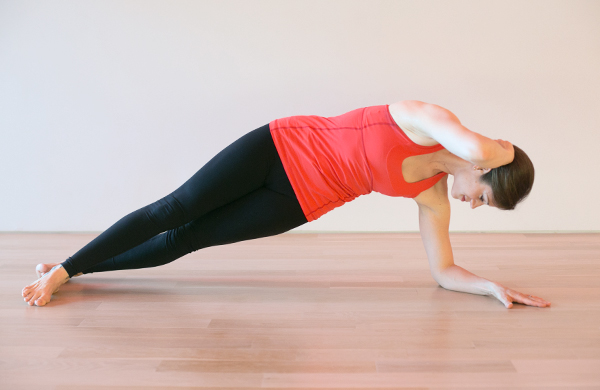 Come up into a slide plank, place your hand behind your head, and then twist forward. This move helps whittle the waist and strengthens obliques.

10 reps | Works: entire back of the body 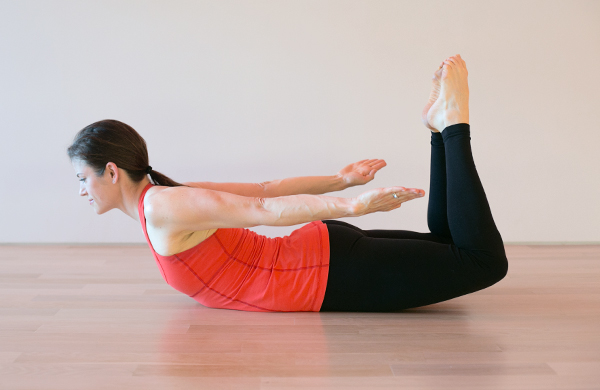 Lie flat on your stomach, and lift your thighs, chest, and arms as high as you can. This exercise strengthens back muscles, helping correct poor posture—but only if you lift your limbs high enough to trigger a good amount of resistance.

Start in downward-facing dog with your knees deeply bent, as if you’re about to pounce. Then launch forward to high plank and bring your knee to the shoulder on the same side, making sure to move from the core, not just the limbs. Alternate knees for each rep. 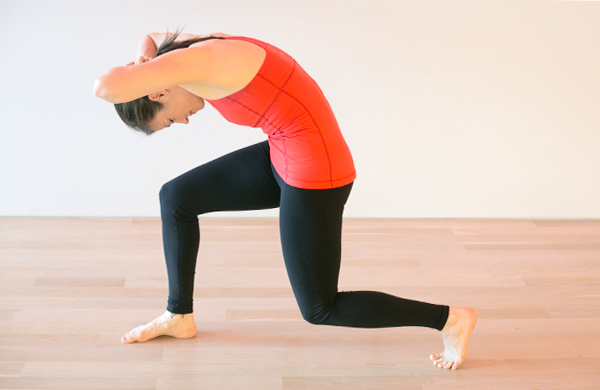 Kneel with your knees at right angles, one raised and one on the floor. Curl forward (like a sit-up) for an exhale, and then arch your back the opposite way on your inhale. Do 5–8 reps on one side, and then switch your legs before doing another set.