4.696 Groupon Ratings
4.6
Average of 96 ratings
86%
3%
2%
1%
7%
Give as a Gift
Share This Deal
This merchant is open for business and taking steps to help protect your health by following all applicable laws and regulations concerning COVID-19 safety.

Thank you for your response

Four Things to Know About Mosquitoes

Pest-control technicians can do a thorough job of eliminating mosquitoes. While you’re waiting for the pros to arrive, learn what you can (and can’t) do to avoid needle-nosed bites.

1. They’re stalking your breath. While mosquitoes can use secondary clues such as light, motion, and even an animal’s natural chemistry and skin bacteria to detect a meal, they are primarily attracted to the carbon dioxide expelled by exhalation. How much carbon dioxide we each emit is determined by our metabolic rate, so if you raise yours by drinking a beer or doing jumping jacks, you’re likely to attract a denser cloud.

2. DEET is good, but not perfect. The chemical compound behind the most powerful mosquito-repellent sprays doesn’t smell great—to humans or to mosquitoes. In fact, the chemical confuses their sense of smell, preventing them from correctly identifying and snacking on human targets. But, just as people can become habituated to the smell of cigarettes if they smoke, or molasses if they live in a gingerbread house, a significant percentage of mosquitoes can learn to ignore DEET over time, according to a 2013 PLOS One report. And, that’s not even counting those born genetically immune to DEET in the first place.

3. You can kill them with flowers. Sort of. When a pest-control pro sprays your yard with a barrier solution, its active ingredient is probably a pyrethrin—a chemical derived from chrysanthemum flowers—or a synthetic analogue called a pyrethroid. This poisoned bouquet does in mosquitoes by penetrating their nervous systems, quickly preventing them from moving and ultimately resulting in death. All-natural sprays also exist, but they won’t actually kill the bugs and need to be applied more frequently.

4. For extra security, you could install a wind machine. All spindly legs and flimsy wings, mosquitoes simply aren’t very aerodynamic. Winds as slight as 1 mile per hour can keep them grounded.

Promotional value expires 120 days after purchase. Amount paid never expires. Reservation required. Each voucher is valid for one property only. Valid only in select zip codes. All service must be done on one property, can not be split multiple properties. Limit 1 per person, may buy 0 additional as gift(s). May be repurchased every 180 days. Merchant is solely responsible to purchasers for the care and quality of the advertised goods and services. Learn about Strike-Through Pricing and Savings 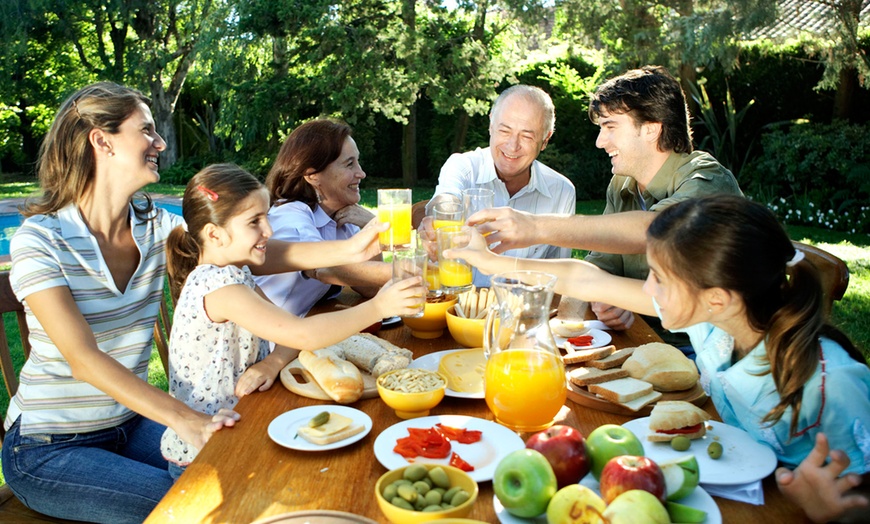 100% Verified Reviews
All Groupon reviews are from people who have redeemed deals with this merchant. Review requests are sent by email to customers who purchased the deal.
Grouber