This is a top rated deal due to its average rating of 4.2 stars or higher.
Alexander Del Rossa Women's Mid-Length Robe. Plus Sizes Available

This mid-length robe features two on-seam pockets, soft to the touch fabric, and inside tie closure for added comfort 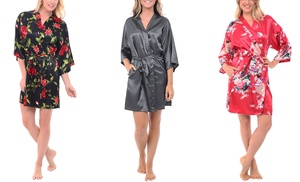