Five Pretty Patios for Dining Outside in San Francisco 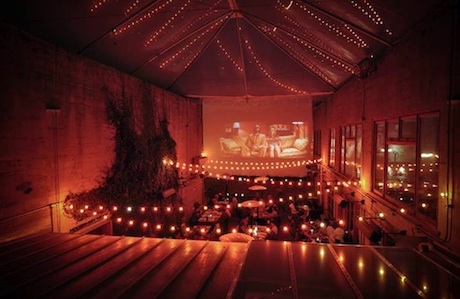 When you live in a city with so much scenery, eating inside can feel a bit stifling. Here are five beautiful restaurant patios in San Francisco that allow you to order in the great outdoors. 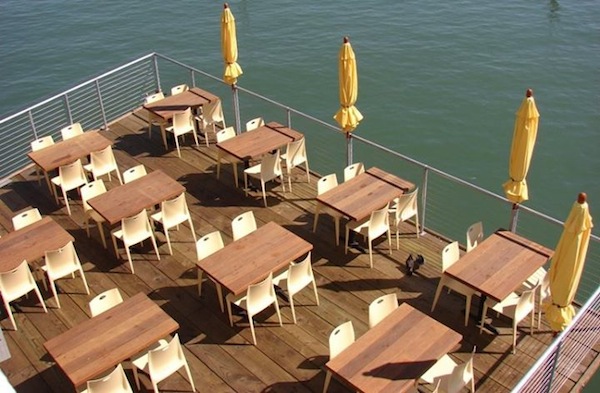 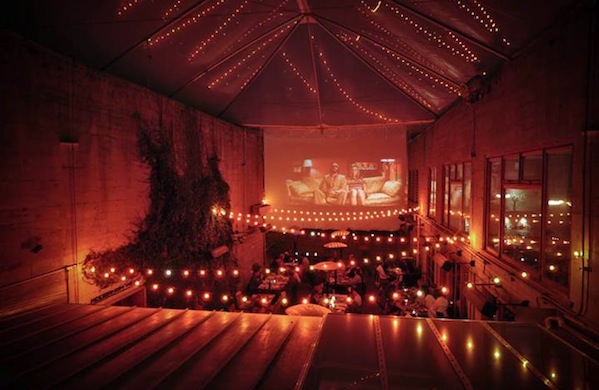 Foreign Cinema (2534 Mission St.) The most popular tables at this Mission stalwart are in the romantic covered patio. In the evening, artsy or retro flicks are projected on the patio wall while sound can be played through drive-in–style speakers at each table. The movies, however, are a secondary draw compared to the Californian-Mediterranean food. 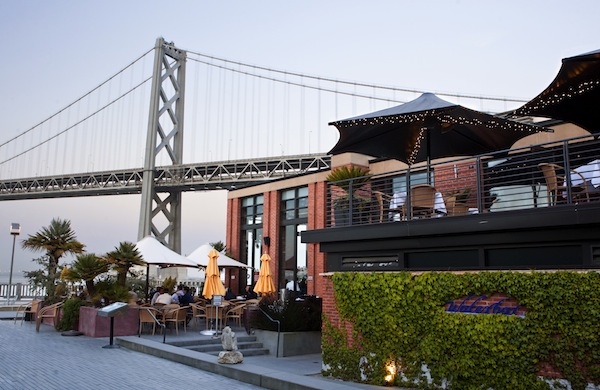 Waterbar (399 The Embarcadero S) Waterbar is a perennial Top 100 restaurant, so you can bet on some memorable seafood with views of the bay, the Bay Bridge, and the Bay Lights—not to mention $1.25 oysters every day before 5:30 pm. 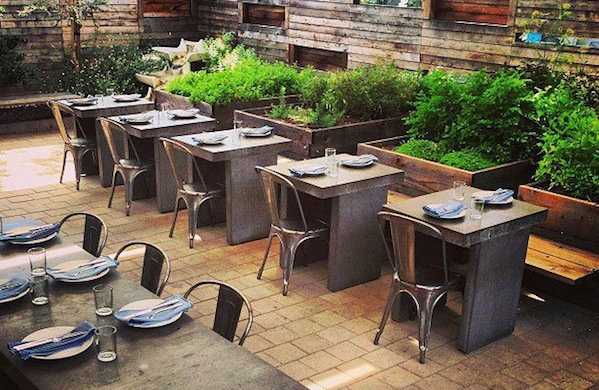 Bar Agricole (355 11th St.) Opened by a collective of the city’s best bartenders and sommeliers, Bar Agricole is led by master drink maker Thad Vogler. Unsurprisingly, its cocktails are just as good as its seasonal food. The space’s award-winning design features plenty of redwood, concrete, and glass, plus a spacious patio that’s covered and heated during the winter months. 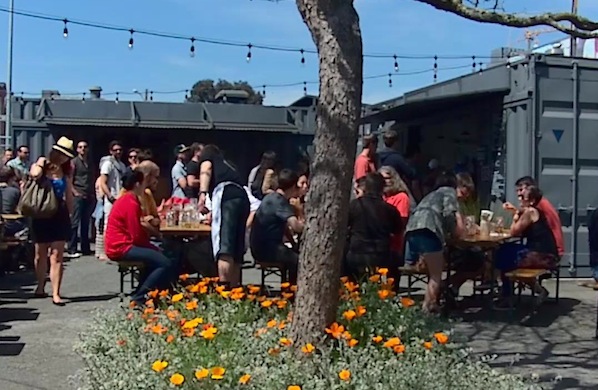 Biergarten (424 Octavia St.) Biergarten takes its name literally—its only seating is outdoors, where all of its Bavarian-style street food is served from shipping containers converted into a kitchen and bar. Brews can be ordered by the half- or full-liter, but considering the long lines, it’s best to get the larger of the two before you squeeze into one of the communal picnic tables. Photos courtesy of Mission Rock Resort, Foreign Cinema, Waterbar, and Bar Agricole; Biergarten photo courtesy of BarFlySF.
BY:
Grouber